Our professional staff has a wide range of experience and is uniquely qualified to assist you. Each was selected because of his/her skills in providing practical solutions to the problems of today’s complex financial world. Our staff also receives continuing specialized training that results in the timely and accurate reporting required in today’s Federal and State compliance-dominated environment. 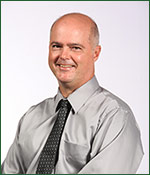 Professional Experience & Education
As a partner in the firm of Guilmartin, DiPiro & Sokolowski, LLC, Michael is responsible for overseeing the audit and consulting services provided to nonprofit entities whose major source of funding is from the State of Connecticut Department of Developmental Services (DDS) and Department of Social Services (DSS). Presently the vast majority of time spent by Michael is providing services to these types of entities. With over 35 years of experience working on nonprofit organizations, he has obtained a thorough understanding of not only how these agencies work but also how important it is to have a working relationship with the funding sources in order to better service the client. Michael spends countless hours on consulting-type services with the sole purpose of obtaining more favorable rates and/or preventing future problems.  He has managed the transition of over 40 programs (CLAs, SLAs, Day and ICF/MRs) from troubled entities to new providers.

Michael received his Bachelor of Science Degree in Accounting from Central Connecticut State University in 1987. Prior to graduation he began working for this firm as a co-op student. After graduation he became a staff accountant and received his CPA certificate in 1990. He worked his way through the positions of Senior Accountant and Manager and became a partner of the firm in 1994. Presently he is the partner-in-charge of not-for-profit entities which receive funding from DDS and DSS. 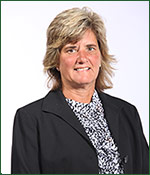 Professional Experience & Education
Teresa is an experienced financial accountant with over 35 years in the auditing business serving a variety of for-profit and not-for-profit businesses from the start-up phase to the more mature business structures. A graduate of Holy Cross College, Teresa began her career with Coopers & Lybrand in their Boston office. She later moved to the Hartford office where she became a partner of that firm, and subsequently, upon merger, to PricewaterhouseCoopers where she specialized in not-for-profit, higher education, high tech, utilities and telecommunications. She left PwC in 2001 to raise her family and joined Guilmartin, DiPiro & Sokolowski, LLC performing financial consulting in technical accounting issues and financial matters.

Teresa was appointed a partner in our firm in 2010 and assumes the role of audit partner for several manufacturing and not-for-profit clients, quality control, audit compliance and staff development and education. 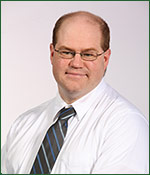 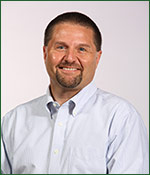 Professional Experience & Education
Rick has 35 years of experience in public accounting, including over 15 years with one of the past largest regional accounting and business consulting firms in Connecticut. He has a wide range of experience in tax planning, compliance and consulting for individuals and small businesses. He also has extensive experience in estate, trust and succession planning, as well as probate filings and estate settlement services. He has helped to raise awareness of charitable planned giving and legacy planning opportunities in Middlesex County. Rick has spoken about taxation issues for various professional organizations. He graduated cum laude with a Bachelor of Science Degree in Accounting from Central Connecticut State University in 1986 and was licensed as a Certified Public Accountant in 1988. 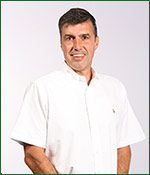 Professional Experience & Education
Mike is a graduate of Central Connecticut State University with a Bachelor of Science Degree in Accounting. Mike joined the firm as a co-op student and began at our firm as a staff accountant in 1989 shortly after graduation. Since that time, he has advanced to Senior Accountant, Manager and Director and was named partner of the firm in 2017. Mike has over 30 years experience serving a variety of business and individual tax clients. He also serves as one of our specialists in the audits of group homes. More importantly, he is our expert on the preparation of the Cost Reports for the Departments of Developmental Services and Social Services. This report defines the future rates established by DSS and the amount of funding to be returned to DDS.

Welles, although retired, remains as a consultant and the cornerstone of Guilmartin, DiPiro & Sokolowski, LLC.  He graduated from Lehigh University in 1969 with a Bachelor of Science degree in Accounting.  His career began at Peat, Marwick, Mitchell & Co. and after passing the CPA exam in 1972 began the accounting practice of Welles R. Guilmartin, CPA on October 1, 1972. The firm has grown and is now recognized as Guilmartin, DiPiro & Sokolowski, LLC.

His areas of expertise included not-for-profits while also performing business valuations, executive compensation, internal controls and management controls.  Through the years Welles has been instrumental in assisting and teaching nonprofit agencies as they relate to ever-changing laws and regulations.

Welles is well known for his current and past volunteer efforts for the following organizations:  the Board of the Northern Middlesex YMCA, Chairman of the Parking Advisory Committee for the City of Middletown, Middlesex United Way Investment Committee, past President of Middletown Rotary Club, Middletown Historical Society, Middletown Downtown Business District, INFORM, North End Task Force, local Visiting Nurse Association, and past President of Middletown Youth Soccer Club.  As evidenced by these efforts he was chosen as the Accountant Advocate of the Year by the Small Business Administration in 2002, the only accountant concentrating in not-for-profit organizations to receive the award.  He was also named Distinguished Citizen by the Middlesex County Chamber of Commerce in 2004 out of a pool of 200 applicants.

Mike retired from GDS in June 2021 and now serves as a consultant. He is a U.S. Navy veteran and graduated from Central Connecticut State University with a Bachelor of Science degree in Accounting. He passed the CPA exam in 1981 and became the tax and small business partner of the firm in 1985.

He specialized in preparation of tax returns for individuals, businesses, and estates and trusts. He was also a Certified Valuation Analyst for many years preparing numerous business and pension valuations for marital dissolutions, buy/sell issues and estate and gift tax matters. In addition, Mike has given many presentations to business, civic and professional organizations and has also testified in court on tax, pension and business valuation matters.

Mike has volunteered at several organizations during his career including the Middletown Downtown Business District, Middlesex County Chamber of Commerce, Middletown Road Race and the Kiwanis Club.

His expertise encompassed a number of aspects of accountancy, including federal and multi-state taxation for businesses and individuals with a specialty in estate, trust and gift taxes. In addition, Tom also has experience in estate and trust execution and administration, probate and conservatorship.

Tom has held numerous leadership positions in community organizations during his career including the Community Action for Greater Middletown, Middlesex Hospital, Northern Middlesex YMCA, Long Rivers Council, Boy Scouts and Exchange Club. He has also dedicated many years as a Corporator for Liberty Bank and a member of the Sovereign Military Order of Malta.